Five Things You May Not Know About Child Marriage

NPR’s Jennifer Ludden usually covers issues about changing family dynamics here in the U.S., but a recent reporting project took her to Malawi to explore a very different kind of family phenomenon: child marriage. It’s an issue that affects young girls around the world. Each year, some 14 million girls are married before the age of 18. Very often, they’re forced into the arrangement by their parents.

Child marriage has many serious consequences, including injury – even death – during childbirth. And the number of child brides is growing. This past week, Jennifer Ludden reported on the issue, on ALL THINGS CONSIDERED. She’s with us now, to talk more about her reporting. Hi, Jennifer.

MARTIN: So you recently traveled to southern Africa, to report on child marriage. Tell us what you found there.

LUDDEN: I went to Malawi, where half of all girls are married by the age 18 – a lot of them before they’re 15. I met a girl just out of puberty; Christina Asima was her name. I interviewed her as she had her 8-month-old son wrapped to her in this big, blue, print cloth. She was married at age 12. She said she felt she had no choice. Her mother had abandoned the family; her dad was out of the picture. She’s left with two younger siblings. And she says, “I needed someone to help me,” but it really didn’t work out as she thought. Let’s listen to her.

CHRISTINA ASIMA: (Through translator) My husband was not treating me very well. He used to spend his nights outside the house. So me, I was alone, I was taking care of myself. If that day I want to eat, it was me alone. Even to feed him, I was the one doing it.

LUDDEN: So here, she thought that a husband would help her raise her siblings; and she was left trying to go out. She said she would have to do farm work for other people, to feed herself and feed her husband. And now, of course, she has this 8-month-old baby.

MARTIN: What happens to girls like Christina in Malawi – and other places where this practice is common?

LUDDEN: Well, amazingly, Christina has actually left her husband. They’re divorced. That does not always happen. In many, many cases, when you have a very young girl getting married in what’s already a patriarchal society, experts say, you know, they have a life of servitude. There’s a very unequal balance of power. They don’t feel they can negotiate with their husband over all kinds of issues, you know, including when to have sex. AIDS a very real risk, in these cases. Also, they’re open to getting pregnant, whether or not they want to. And that can be devastating.

I was amazed to learn that around the world, the No. 1 cause of death for teenage girls 15 to 19 is pregnancy and childbirth. Now, even if they avoid all those problems, they drop out of school, in most cases. They’re ending their education, so they’re forgoing whatever higher earning power and standard of living they might have achieved. The United Nations Population Fund last month just came out with a study saying that this is costing these developing economies – India, Brazil, Kenya – billions of dollars every year.

MARTIN: What are the reasons that parents decide to do this, to marry off their daughters so young? I imagine some of this is financial.

LUDDEN: Huge link with poverty, yes. It does vary by region, but a lot of parents may get a dowry for a daughter’s hand in marriage. In northern Malawi, there’s this practice called kupimbira, which means you can pay down a debt by giving your daughter to a family. Only the daughter – doesn’t work with the son. You know, some studies have even cited links with climate change and child marriage. If you have a big drought and the crops fail, those families become desperate; and child marriage rates go up.

I spoke with Suzanne Petroni, of the International Center for Research on Women, here in Washington. She did say, look, in a lot of cases, these parents really do think they’re doing what’s best for their daughters.

SUZANNE PETRONI: They want economic security for them. And in many cases, they feel that having the girl get married will help her financially. And often in these families, the girls are the last ones to eat. After the men have eaten, the boys have eaten; then the adolescent girls get to eat. So if they’re married into a family, their parents tend to think that that’s a better situation for them.

LUDDEN: Also, you know, in many places, these girls are very vulnerable to sexual assault, even walking to school. By middle school, they’re having – many of them – to walk far away. And some parents may see marriage as way to protect their virginity.

MARTIN: This isn’t an issue that’s specific to Malawi. How widespread is this problem?

LUDDEN: It is across the developing world. International Center for Research on Women estimates 1 in 3 girls in the developing world marries before 18; 1 in 9 before age 15. A study a few years ago found there’s even a few thousand cases of forced child marriage among immigrant communities here in the United States.

MARTIN: NPR’s Jennifer Ludden, thank you so much.

MARTIN: And you are listening to NPR News.

A Widow, Not A Wife: ‘Smacked’ Explores An Ex-Husband’s Secret Addiction This is FRESH AIR. I’m Terry Gross. Like a lot of people, my guest Eilene Zimmerman had certain preconceptions …

Kashfia Rahman : How risk-taking changes a teenager’s brain Have you ever tried to understand a teenager? It’s exhausting, right? You must be puzzled by the fact that some teens …

How Amazon Became ‘Inescapable’ – the Rise and Reign of Jeff Bezos This is FRESH AIR. I’m Dave Davies in for Terry Gross. Amazon started as an online bookseller, but … 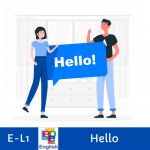 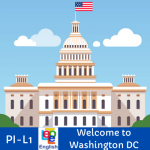 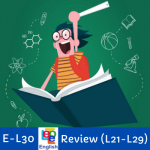